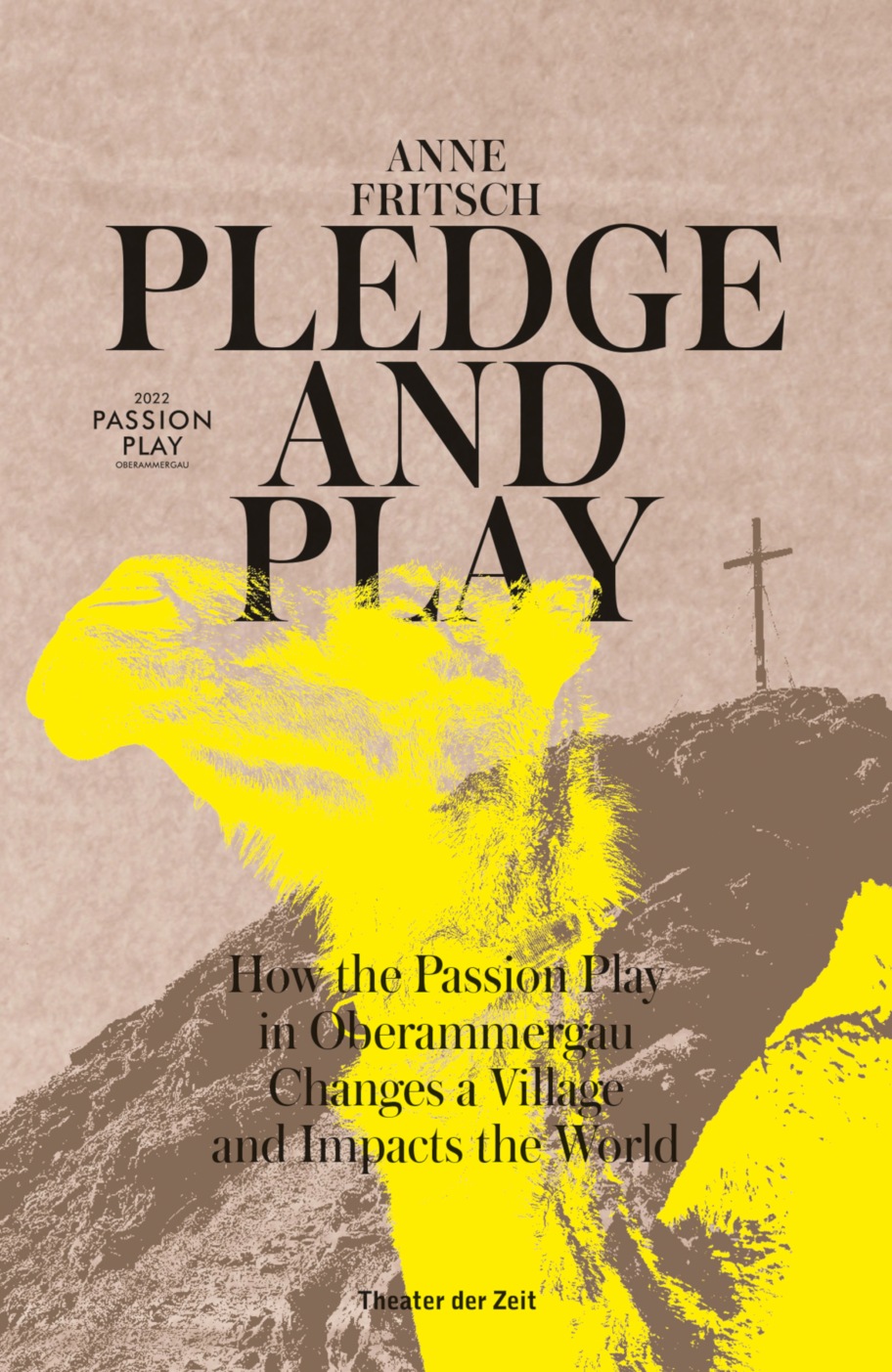 What’s the story with the little village of Oberammergau in the Bavarian Alps? For nearly 400 years, the people who live here have performed the Passion of Christ every ten years. All together. Grandparents, parents, children and grandchildren all join each other on stage. They are fulfilling a vow once made by their ancestors to stave off the plague. This book sets out to discover why the villagers’ enthusiasm for theatre has endured to this day. It takes a look behind the scenes and accompanies the creation of the 2022 Passion Play with its 2,400 participants. In a series of conversations, the author explores their motivations, special rituals such as the Hair and Beard Decree and theatre life in times of the coronavirus pandemic. And why giving up is not an option.

Every ten years, people in a village in southern Bavaria stop cutting their hair for a year and a half. They do this to imitate the Crucifixion of Christ. They have been doing this for almost 400 years. Which sounds odd, but this is an event which attracts interest well beyond the region and, in 2014, was registered as an example of “Intangible Cultural Heritage”: the Oberammergau Passion Play. Almost half a million people from all over the world make a pilgrimage to the foothills of the Alps each Passion Year to witness this spectacle. And the play is by no means over the hill; the cast for 2022 is the youngest in its history, the motivation on the ground is greater than ever.

I was eleven years old when I first heard that there was a Passion Play in a village called Oberammergau. It was 1990, the year in which Christian Stückl became director for the first time. I didn’t know that then. I was sitting in a beer garden in Munich with my family. At the Chinese Tower in the Englischer Garten. A friend of my parents said that she would be going to Oberammergau in the summer to attend the Passion Play, which only takes place every ten years. Everyone knew what she was talking about except me. I didn’t ask. But something stuck in my head. This “only every ten years” and this “the whole village takes part”. It was another twenty years before I would see the Passion Play for myself. I studied. Theatre studies, German, and Jewish history, then cultural journalism. I was no longer thinking about the Passion Play; the 2000 play came and went without me noticing. Then in 2010 I was working as a theatre critic, and Christian Stückl had been appointed Creative Director of the Münchner Volkstheater. Through him, Oberammergau came back into my thinking; the mountain to the prophet, more or less, or: the play to the critic. I got an invitation to the première. It was May, and the weather was cool as the shuttle bus left the ZOB, the central bus station in Munich. We weren’t elegantly dressed; this was more like an excursion to the mountains, with thermals, warm jackets and thick socks. And that’s exactly what it was: an excursion to the mountains. On the Autobahn to Garmisch it began to snow. In the theatre, where the auditorium is covered but open to the stage, it was bitterly cold. They distributed red fleece blankets at the entrance, a perfect match for the robes of the cardinals sitting next to us in the audience.

This première was an extremely solemn affair. You could really sense that this village had waited ten years to perform the story of the Passion of Christ again. Beforehand I wasn’t really sure what to expect – a large-scale amateur play, I guessed. What I hadn’t expected (besides the unbelievable cold) were the choir, the orchestra, the sets. The professionalism. I was overwhelmed. And I, having had religious education in elementary school but coming from a non-religious household, learned a great deal about the last few days in the life of Jesus. As Christ, played by Frederik Mayet, hung half-naked on the Cross for what felt like an eternity, while I was shivering from the cold on my seat despite the second pair of socks I bought at the local drugstore during the break, I thought it would be another miracle if he didn’t get pneumonia.

Before he was taken off the Cross I resolved never to miss the play again; I wanted to be there again in ten years’ time. I wanted to find out what really went on in Oberammergau. Why they all take on so much for this piece of theatre. What motivates them. Where their enthusiasm comes from. Is it religion or theatre that they believe in, that holds them together? From where do they draw the professionalism with which they approach their Passion? What are the stories behind the play? How do they come about? How have they changed over the centuries? How has the village changed?

About a year before the première scheduled for 2020, I started following the preparations for the play, wrote a blog for the Passion Play, attended rehearsals and spoke to many people in Oberammergau. And the more they told me, the more fascinated I was by all the stories surrounding this centuries-old tradition. Just how much these communal performances define the life of the village. How people plan their lives according to the Passion. The relevance it has. These days you might say: the theatre is of systemic relevance here. As the plague raged through Upper Bavaria (the mountainous region of southern Bavaria bordering Austria) and Oberammergau in the 17th century, the villagers sought salvation through theatre. They vowed to perform the Passion of Christ every ten years to ward off the deadly disease. It is said that no one died of the plague in the village from that moment. And something of this belief – that theatre can save the world – has remained with the villagers to this day.

Now, as I write this, the 2020 Passion Play has been cancelled and pushed back to 2022. Another plague has brought the rehearsals to a standstill two months before the première: the coronavirus. Because Oberammergau represents the opposite of quarantine, of social isolation. Oberammergau means theatre that goes all in or not at all. Where everything is on stage and plenty of everything: orchestra, choir, old people, young people, children, animals … a theatre without limits – and without distancing.

Shortly after the cancellation of the 2020 Passion, I spoke to Christian Stückl on the phone. It was the time of lockdown when people were left to fend for themselves from one day to the next. When suddenly the word “home” was set before all manner of words. Home office, home schooling, home entertainment. When all at once, everything that generally happened outside had to take place at home. Except maybe home theatre, which only works to an extent (which became apparent once the initial streaming frenzy wore off ). And certainly not home Passion Play. The director, normally so tireless and enthusiastic, sounded dejected, sad. But by the time we finished our call he was already looking ahead again. Passion 2022 wouldn’t just be a delayed Passion 2020. Once again he and his team were going to look at the world anew, a world that was changing so much. We still don’t know where it’s heading. The knowledge that the Passion Play has existed for almost 400 years, that it survived the Reformation, the Spanish flu and two world wars, that it has endured crises of legitimacy and even more vehement arguments in the village helps to puts things into perspective these days. Somehow, it always goes on. This, too, is a message of the play, one which emerged from a severe crisis and which has used crises of all sorts as an engine for further development. And so writing this book means taking heart at a time when the world is standing still. (Easter 2020)

A big thank you to Frederik Mayet, who not only believed in this book straight away, but…

The more intense my engagement with the Passion Play, the more I realise that the… 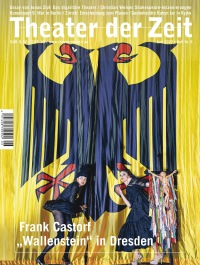 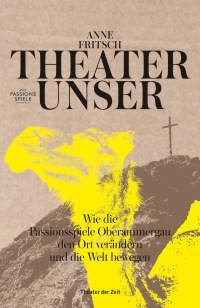 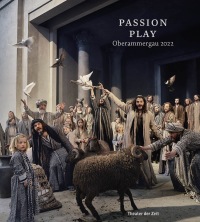 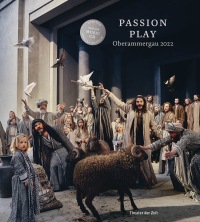 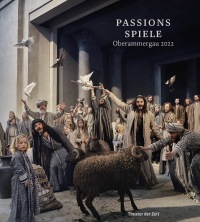 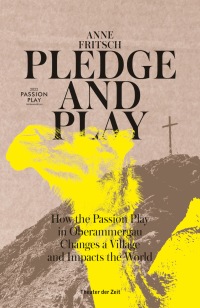 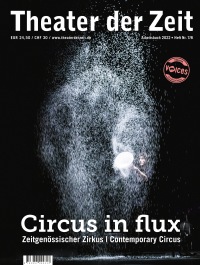 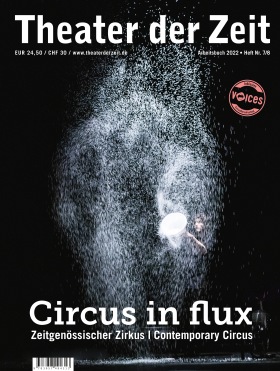 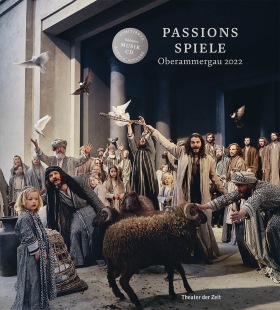 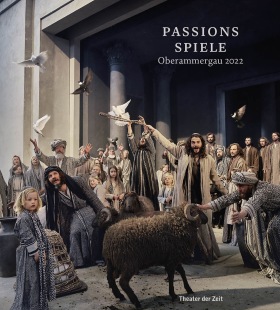 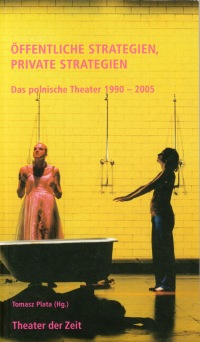 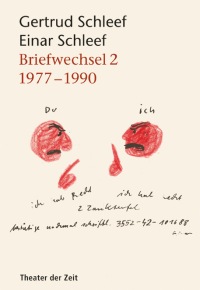 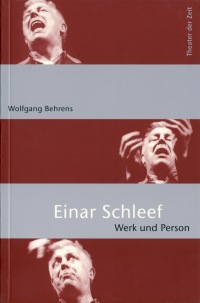 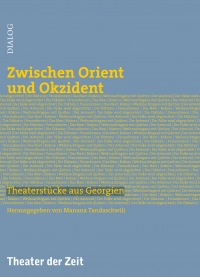