is co-artistic director of Clod Ensemble and has written critically acclaimed original scores for all the company’s productions to date – ranging from totally acoustic works, to multi speaker installations. Each score is a bespoke piece that is in a dialogue with the visual material; Silver Swan is an acapella piece for seven classical singers; Under Glass is an entirely recorded surround-sound installation; whilst An Anatomie counterpoints electronics, live orchestral music and a rock band. These productions have played at venues including Sadler’s Wells, Southbank Centre, Tate Modern Turbine Hall, Serralves Institute (Porto) and the Public Theater (New York).
As a leading composer on the British theatre scene, Paul has written dozens of scores for theatre in the UK and internationally. He has a long-standing collaboration with Katie Mitchell for whom he has written over twenty scores in theatres across Europe, including Waves and Wunschkonzert, and with Gare St Lazare with whom he created Here All Night (Lincoln Center, New York, Brighton Festival, The Abbey, Dublin) an acclaimed words and music piece using texts by Samuel Beckett.
In TV and film, he has collaborated with Simon Amstell, Arnaud Desplechin, John Michael McDonagh and written scores for David Sedaris audio books. Other works include The Weather Man (Opera North) and Liebeslied/My Suicides, a collaboration with photographer Rut Blees Luxemburg (ICA/Genesis Foundation); gallery installations (ICA, Ceri Hands); museum installations (V&A); and one-off events including the 500th anniversary of Hampton Court video/firework event.
Paul is an advocate for the access of young people to live music and leads Clod Ensemble’s project for teenage music students, Living Room Music.

Paul Clark: »I try to offer a parallel world, which will sometimes collide with the journey of the drama«

In conversation on 2 December 2017 in London 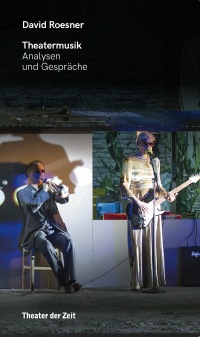