Born in 1970 in Hamburg, Pamela Dürr grew up in Switzerland. After completing her studies at the Actors School in Bern, she worked as an actress at the Staatstheater Schwerin and Cottbus. She has worked as a director of many different freelance productions in Germany and Switzerland, including plays for young people like Disco Pigs by Enda Walsh, Saffran & Krump, written by herself and Chimères – la valse des écorchés, a teamwork by the French author Sylvain Levey and herself. As a playwright, she wrote Caravanes, a play for one caravan, two actress and many places, Die Ungeheuren, Krücke von unter der Brücke and others. She received the Authors’ Swiss Institute award for her play Superhelden. In 2003 she started to write plays mainly for children and young people, many of them commissioned by theatres like the Theater der Jungen Welt Leipzig, Youth Theatre Clubs and freelance productions in Germany and Switzerland. She also writes and produces radio plays and organizes theatre workshops for children and young people. At the moment, she is writing her first libretto for a children’s opera. 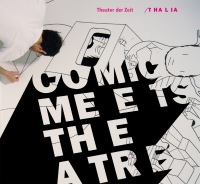