Author of the FAZ and program director of the editing house Knaus in Munich, dedicates his contribution to the sector of spoken drama in Wiesbaden when Manfred Beilharz was director there. Starting off with a description of the pleasantly confusing interactive theatreplay A Machine To See With by the British group Blast Theory, Bischoff describes this strangeness and newness as a crucial element of Beilharz’s understanding of theatre. As another example he quotes Alvis Hermanis’ fascinating performance Schwarze Milch (Black Milk), invited to the Theatre- Biennale in 2012. With the Internationale Mai festspiele and the Theatre-Biennale, Beilharz provided, metaphorically, space for both a “five-star-cruiser” and a “pirate ship”. This mix shows that Beilharz was aware of the needs of the Wiesbaden audience but did not shy away from challenging it. The Wartburg, since 2003 space for alternative theatrical forms, gives evidence to this, showing that good theatre does not need much humdrum to convince. While director of several noteworthy and at times extraordinary (Woyzeck) productions himself, Beilharz’ main asset in Wiesbaden was that of an inspiring facilitator, someone generous enough to step aside in order to open the stage to artistically convincing fellow-directors. 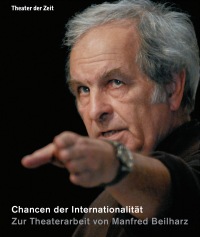